Anyone who suffers from sleep apnea will tell you that the nights are often long, sleepless, and exhausting. Indeed, most sleep apnea patients usually feel like the loneliest souls in the world. They feel like no one else has gone through the same experience. But nothing can be further from the truth!

Did you know it? More than 20 million people suffer from the sleep apnea disorder in the US alone? Yes, you may not realize that sleep apnea is more common than you ever thought. In fact, many famous people who are well-known celebrities have to deal with sleep apnea every night!

Isn’t it comforting to know you aren’t alone in this struggle? Who are these celebrities? Well, as our list below will reveal some of the most famous people who have sleep apnea- so, take heart; you are not alone!

Let’s find out the identities of 9 of these popular celebrities: 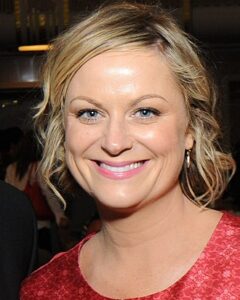 When the situation became constant, the actor was soon diagnosed with OSA (obstructive sleep apnea). Experts say most pregnant women are likely to develop sleep apnea. Poehler uses the CPAP machine and reportedly enjoys an exhilarating increase in her energy levels. 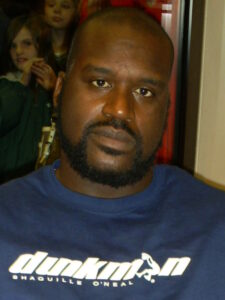 The former professional basketballer famously stands at 7’2 and comes in at 330 pounds. This man’s immense size may have naturally made him born for basketball. Regardless, his natural frame seems to have made him likely to have OSA.

Unsurprisingly, the Harvard Medical School eventually diagnosed Shaquille with this condition. To date, he still uses a CPAP machine. The athlete later produced a video in collaboration with Harvard. The production documented his journey right from diagnosis, treatment, and recovery. 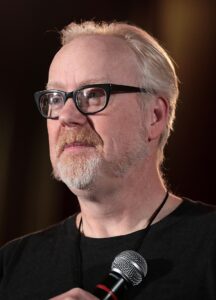 Adam Savage made a name for himself as the host of the show “Myth Busters.” Nevertheless, Savage later found himself battling OSA. After being diagnosed with the disease, Adam lost 30 pounds and had to use the CPAP machine. Adam says that seeking treatment for this disorder drastically improved his life.

Regis Philbin is that ageless former host of the smashing show: “Who wants to be a millionaire?” For years Regis had suffered from heart problems (the doctor’s thought that an undiagnosed sleep apnea condition partly caused this). His wife eventually convinced him to go for treatment. Regis currently uses a CPAP machine. 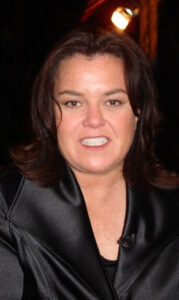 Rosie O’ Donnell is a well-known American film actress who’s also a popular TV personality. Rosie was also a famed stage actor who became renowned for hosting several talk shows, including “The View” (which ran from 2006-07 and again from 2014 to 2015) and the Rosie O’Donnell Show (1996-2006).

In 1992 O’Donnell made her first film which was named “In a League of Their Own.” The film was a comedy featuring the 1940’s women’s baseball league. She appeared in other films, including Another Stakeout (1993), Flintstones (1994), and Sleepless in Seattle (1993).

Rick Perry was a well-known American politician who became the longest-serving governor of Texas. He served as the state governor from 2000 to 2015. Perry later became Secretary of Energy in President Trump’s administration (who served between 2017 to 2019).

Rick contested the Republican Party’s nomination to run for the US presidency in 2012 and 2016. Between 1986-1988 Mr. Perry served in the Texas House of Representatives.

John Candy is another famous actor and comedian who became popular for acting in several films, including “Cool Runnings,” “Uncle Buck,” and “Splash.”

Candy became a veteran actor who starred in more than 40 movies.

In 1981 John Candy won a place in the SCTV’s late night show. His work featured impressions like Orson Welles, Luciano Pavarotti and Julia Child. Candy also created popular characters like John LaRue and “Tongue”( a horror film hero). Candy was honored with an Emmy Award in 1981 and 1982. 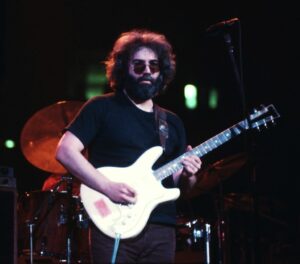 Jerry Garcia became a prolific and most iconic 20th-century guitarist. He was also a famous songwriter who produced many successful songs. He notably starred in Bluegrass music.

Larry, the Cable Guy, is probably one of the most controversial but famous standup comedians of the 21st century. Larry won many loyal fans throughout his career. He worked as a radio host for some time.

Obviously, from this discussion, you know that sleep apnea doesn’t really discriminate. This means that sufferers with this disorder should never feel alone. Why, even celebrities suffer from sleep apnea.

Have you noticed that sleep apnea treatment is available for all, whether rich, famous, or ordinary? You merely need to contact your doctor, inform them about the symptoms you are experiencing, and you’ll start on the road to getting much-needed help.

Of course, most of us are neither rich nor famous nor may be described as “celebrities.” Regardless, the moment you put your sleep under control, you can begin sleeping like any celebrity. Further, getting treatment for sleep apnea can improve your life in ways you never imagined.